The impact of Covid-19 on professional and college sports extends far beyond the many millions of dollars of lost revenue and employment that sports teams generate. Team owners, institutions of higher education, players, and fans are grappling with longstanding issues involving the players’ health and safety, their freedom as individuals, their interest in advocating for social change, and their roles as entrepreneurs in a capitalist system.

The decision of certain athletic conferences to move forward with football this fall despite the dangers of Covid-19 raises serious questions about colleges’ commitment to the health and safety of their student-athletes. Shouldn’t student-athletes being put at risk have the opportunity to earn something approaching what they’re worth?

Moreover, the NCAA is contemplating rule changes to allow college athletes NIL rights after pressure from state and federal lawmakers. This supports college players profiting from their name, image and likeness, and from social media and personal appearances. They can do this by working with third-party agents or by being entrepreneurs and starting a business.  Many college players who transition into professional sports will come with well-established brands and well-known interests such as social issues. Coupled with a growing acceptance of professional athletes sharing their views about social issues during games, we can expect real changes to the face of sporting events as we know them and the dynamic between owners, players, and fans.

How should athletes balance freedom of speech and the freedom to participate in markets with their roles as teammates and heroes to many sports fans? What’s legally, morally, and financially in store for sports leagues, team owners, and institutions of higher education as Covid-19 and a new era of social justice reform imparts permanent changes to role of sports in America? 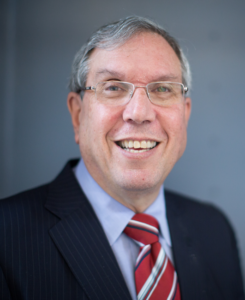 antitrust/competition practice and also co-chairs the sports law practice group. Additionally, Mr. Kessler serves as Co-Executive Chair of the firm. He has been lead counsel in some of the most complex sports law and antitrust law cases in the country, including the Equal Pay Act and Title VII litigation for the Women’s National Team against the United States Soccer Fédération and Co-lead counsel for the Alston Antitrust litigation against the NCAA. Jeffrey is one of the most prominent lawyers in the country regularly engaged in high-profile sports litigation.  He has litigated some of the most famous sports-antitrust cases in history, including McNeil v. the NFL, the landmark antitrust jury trial, which led to the establishment of free agency in the National Football League (NFL), and Brady v. NFL, which led to the end of the 2011 NFL lockout.  Some of Mr. Kessler’s clients in the sports law area have included the NFL Players Association (NFLPA), the National Basketball Players Association, the Arena Football League (AFL) Players Association, the National Hockey League Players Association, the Major League Baseball Players Association, the National Invitation Tournament (NIT), Relevant Sports Agency, Endeavor, Activision Blizzard in esports, Wasserman Media Group, SCP Worldwide, the NFL Coaches Association, Super Slam, FloSports,  Players, Inc., the Women’s Tennis Benefit Association, MVP Sports  and Adidas.  Mr. Kessler has also represented various classes of NBA, NFL, AFL, and MLS players, classes of Division I basketball and FBS football players, the North American Soccer League, the United States Football League, and the Cities of San Diego and Oakland, as well as Alameda County, in various sports law disputes and litigations.  Mr. Kessler negotiated the current free agency/salary cap systems in the NFL and NBA, and successfully represented Latrell Sprewell in his controversial suspension arbitration.  He also represented pro bono Oscar Pistorius, the double amputee athlete, in his successful arbitration to obtain the right to compete against able-bodied athletes around the world and is representing double amputee Blake Leeper in a similar battle for the rights of the disabled athlete.

Tim Nevius is a sports attorney and former NCAA investigator turned college athlete advocate. While at the 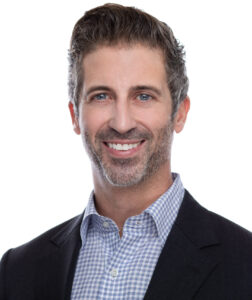 NCAA, Tim led investigations into top athletic programs for violations of NCAA rules. Thereafter, he switched sides and helped initiate a landmark class action against the NCAA to challenge athlete compensation restrictions. Since then, he established a one-of-a-kind sports law practice in New York representing college athletes and founded the College Athlete Advocacy Initiative at the Urban Justice Center. Tim graduated from the University of Dayton, where he played college baseball. He also graduated first in his law school class from the University of Dayton and earned an LL.M. with honors from Columbia Law School. 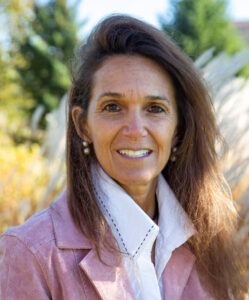 University School of Business and George Washington Law School, while serving her clients in the sports industry, conducting arbitrations, and leading corporate workshops. Ellen became the first female attorney/agent in the NFL. She has represented the US Women’s Soccer and Softball gold medalists and extreme athletes, collectively, and held the title of Commissioner for the Central Atlantic Collegiate Conference (NCAA). Ellen served as coordinator for the NFLPA’s Native American project, a nationally recognized journalist, and a court expert in licensing/sports agreements. She also created the United Breakin Association, a global association for competitive break dancers and was appointed to a task force to get break dancing in the Olympics (Youth Olympics 2018 and Olympics 2024). She has served on many sports-related committees, including the DC Bar’s Arts, Entertainment, Media, and Sports Section, and co-created the Association of Corporate Counsel’s Sports & Entertainment Committee.

Hosts, Richard Levick (Chairman & CEO of LEVICK, the international crisis firm) and Christina Elson (Executive Director of the Center for the Study of Capitalism) will lead the discussion on free speech and individual freedom and the politics and economics of sports.