How can America’s leaders, both private and public, spur entrepreneurial 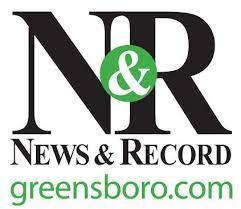 It’s a core question that animates our work at the Wake Forest University Center for the Study of Capitalism (CSC). It’s also the central theme of a new documentary produced by filmmaker Patrick Reasonover, a CSC outreach affiliate.

The provocative film is called “They Say It Can’t Be Done.” Released in late March 2021, it has already stirred much interest and debate. Its thesis is that first, certain U.S. regulatory regimens — especially in agriculture and food science, health care and biomedicine, and environmental protection and sustainability — are obsolete and undercut innovation. These systems were built for a world dominated by traditional industry verticals. Many regulators do not understand how the convergence of technologies such as AI and synthetic biology is blurring the boundaries of industry.

Second, too much regulation is driven by parochial lobbying interests. These regulations have little to do with safety; too often, they are the handiwork of industry titans using the political system to make it hard for new businesses to flourish. Certain regulations also bring with them the “law of unintended consequences,” an economic tenet that describes the effects of unforeseen repercussions that are often worse than the problems they were designed to solve. One-sized regulations do not fit all.

So how did we get here? It was not out of malice. Most regulations are rooted in legitimate concerns. But sometimes regulatory regimens are inflexible or fail to take into account new developments or new technology. They lead to economic stagnation. We don’t necessarily need fewer regulations; we need smarter ones.

Let’s take specific examples of each problem highlighted in the film. Outdated regulatory systems handcuffing progress is one issue faced by Wake Forest’s Institute for Regenerative Medicine (WFIRM). WFIRM’s Dr. Anthony Atala and Dr. Julie Allickson have spent years perfecting how to take an individual’s cells and use them to grow a new organ to replace a defective one — it’s personalized medicine at its best! Since the new organs are grown from an individual’s own tissue, his or her body won’t reject them. The work of these entrepreneurs has the potential to eliminate the need for organ donation, saving many lives. They’ve already saved lives, including one young man who desperately needed a bladder as a teen. Thanks to WFIRM’s breakthrough, he’s now a healthy adult — but he cannot believe that it’s been a full decade and the technology that saved his life isn’t commonplace.

So, what’s the hang-up? WFIRM’s business model uses bioprinters (3D printers) and human cells. Personalized medicine is all about making custom-made drugs or skin, bone, cartilage, arteries and organs for one person. There is no way to clinically test each outcome. At the Food and Drug Administration (FDA), medical devices and drugs have been under separate regulatory regimes. The old, multi-stage processes used to test drugs and devices for mass-market consumer safety do not make sense for regenerative and personalized medicine.

The case of Eat Just Inc., illustrates the irrationality that occurs when synthetic biology meets stalwart industry. Eat Just has developed a revolutionary way to grow chicken from the cells of a “donor” chicken. In the film, the entrepreneurs are munching on chicken meat grown from the cells of a chicken walking around their feet.

So, why can’t we eat their chicken in the U.S.? Because the product is caught in regulatory mire. The Singapore Food Agency (SFA), meanwhile, has beaten the U.S. and the rest of the world in developing clear guidelines for cultured meat products. Eat Just’s food is now readily available in Singapore, but not St. Louis.

Eat Just had another good reason to launch outside the U.S. — the U.S. meat industry. In the film, meat-industry trade-union leaders vow to lobby for regulation that stops companies like Eat Just from claiming that they are providing “real meat” to customers. In their view, the government should also make it illegal for almond, soy, oat and other nondairy offerings to be called “milk.” Such actions raise serious questions about what is motivating these efforts.

Entrepreneurs should not have to invest countless time and hours battling entrenched and government-shielded interests. Another pioneer profiled in the film, Brandon Barney of Primary Ocean Producers, lamented that he spends a great deal of time just trying to figure out what regulators want, or are going to decide they want, instead of working to improve his product. And his company, which sustainably grows and harvests kelp for use in a wide range of products, has decided not to enter certain business areas, such as using kelp for organic fertilizer, because the regulatory regime would be so slow and time-consuming.

We’ve heard such stories all too often; the outcome is stagnant business formation in highly regulated industries. Incipient businesses lack the cash and lobbying heft to deal with regulatory processes and wind up selling to larger concerns. A recent book by Tomas Philippon called “The Great Reversal” puts the impact of lobbying and outdated regulation into a national perspective. The number of young firms in the U.S. is declining, while mergers-and-acquisitions are going up.

The U.S. economy is also becoming more concentrated. Philippon’s data show that such core industries as health care and transportation have become more concentrated in recent years, triggering a condition known as monopsony, a market situation where the field of play is dominated by one buyer. As market competition dries up, inequality rises because business has no incentive to invest in innovation — whether that’s research to find the next technological breakthrough or keeping a workforce well skilled, well compensated and ready to adapt to dynamic realities.

Capitalism at its most productive requires the constant input of new ideas and the destruction of old business models. It cannot accomplish this goal if antiquated government policies and ossified interests dominate the political atmosphere.

The first two decades of the 21st century have been driven by technological development and the creation of new industries with porous and overlapping borders. By definition, risk and ambiguity have to coexist. The entrepreneurs featured in the documentary are not critical of all regulation. Indeed, one of the film’s premises is that regulations have been and remain essential to preserve health, safety, and most, importantly, free-market entry and fair competition. Business pioneers, in the main, are eager to invest the time, energy and resources to find common ground with regulators. But it is past time, these entrepreneurs say, for the U.S. and other industrial powers to overhaul their approach to drafting and implementing regulations.

As the film’s director puts it, “Entrepreneurs can roll back climate change, eliminate organ wait lists, end factory farming, and solve world hunger … if we let them.”

This column was originally published on This Is Capitalism, presented by Stephens Inc. Content from this website may not be reproduced without permission.