BB&T Center director Matthew Phillips met recently with Ambassador Thomas Carter, representative of the United States on the Council of the International Civil Aviation Organization (ICAO), and Chuck Ashley, the deputy chief of mission, at ICAO headquarters in Montreal, Canada.

ICAO is the agency of the United Nations charged with establishing global standards for air travel and related commerce. More than 100,000 flights each day are flown under the standards set by ICAO, from the form of flight plans to the procedures for airport safety and security. As the representative of the United States, Ambassador Carter represents US interests on the Council, the governing body of ICAO, and as a diplomat-at-large for aviation matters across the globe.

Ambassador Carter and Professor Phillips discussed the Ambassador’s work to develop the infrastructure for more robust ethics and compliance enforcement at ICAO, as well as the ways the concept of professional identity can illuminate and support that work. Phillips briefed Ambassador Carter on the work the BB&T Center is doing to explore how younger workers can see themselves as integral to the work of organizations and larger systems. Ambassador Carter provided feedback, including suggestions about how cultural difference could play into the development of professional identity based on his experience in diplomacy.

Ambassador Carter had a distinguished career in the United States Air Force, retiring in 2009 as a major general after experience as a pilot, commander, presidential aide, legislative liaison, and senior advisor to the Secretary of the Air Force. He also served as Deputy Assistant Secretary of Defense. He was a pilot at US Airways for 12 years and has held a range of board positions in aviation and consulting. He was appointed as the US representative to ICAO with the rank of Ambassador in January 2018.

Phillips, who in addition to his work at Wake Forest is a mission pilot and senior legal officer with the Civil Air Patrol, the auxiliary of the United States Air Force, was visiting Montreal for a conference of law professors in business schools, where he chaired an academic panel on the integration of law and humanities in business education. 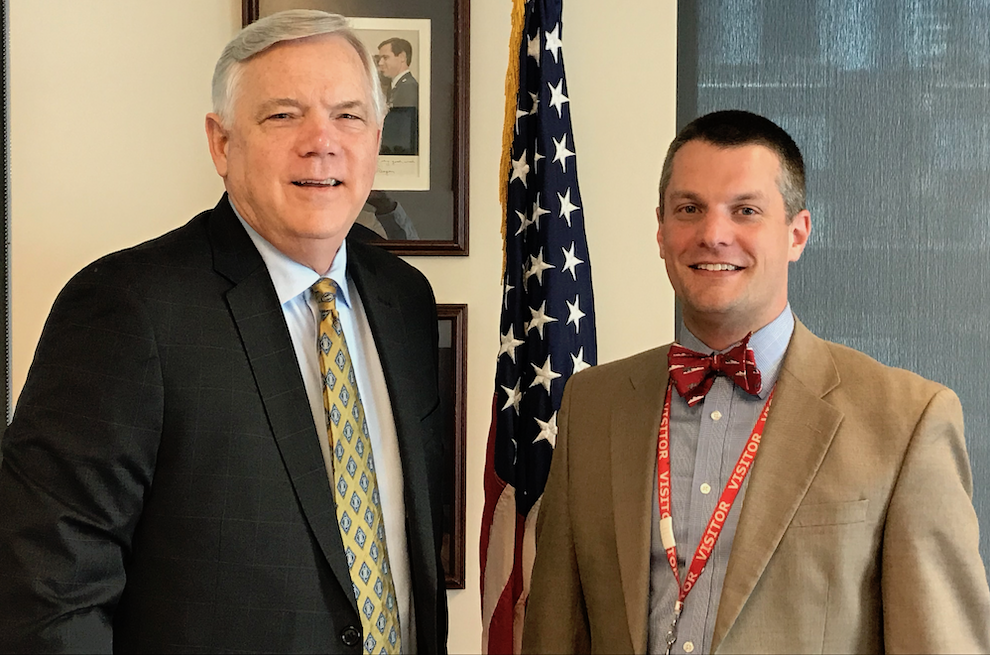